Dr. Holland is a highly-skilled general dentist who enjoys taking the time to learn about his patients and help them achieve their dental goals. He brings 17 years of private practice experience to Pure Smiles and is very excited about building relationships and caring for his patients. Dr. Holland is great at listening, discussing options, and helping patients get the smile they want. He and his wife Marcy have three sons – Jack, Luke, and Ben. When he is not at the office he enjoys hiking, golf, travel, fly fishing, and watching the Flyers and Buckeyes play.

As a father of three boys, I understand how scary it can be to go to the dentist. One of my favorite moments was when my 7 year old nephew had to have a filling done. He was very nervous but we talked about sports and I watched him calm down and handle the procedure like a champ! It was a really great moment because I know I had earned his trust. It is really rewarding to reduce the anxieties of my patients, and being able to empathize with how they feel makes me a better dentist and partner in their health.

One of the great things about choosing to have your braces with Dr. Khan here at Pure Smiles is that you can save time. You can schedule your ortho visit and your dental cleaning together! Just one trip to get a professional teeth cleaning and have an orthodontic checkup. On top of convenient scheduling, Dr. Khan and your general dentist can easily talk together to make sure your teeth are moving into position successfully. You receive the added bonus of two dentists’ attention during just one visit. When our dentists work together, you receive high-quality care. Dr. Khan has three children – Imaan, Rassal and Aadil. His hobbies include auto racing, travel, and reading trivia.

Rebecca Bartlett, DDS, offers wisdom tooth extraction under IV sedation at times most convenient to you so you don’t have to miss work or school for your appointments. She also provides extractions for people planning dentures, or those who need to get out of dental pain.

“God had one son on earth without sin, but never one without suffering.”

Dr. Wesley Shankland has dedicated his professional career to relieving pain and suffering of patients afflicted with TMJ pain, facial pain, headaches and sleep breathing disorders. Originally from Lima, Ohio, Dr. Shankland graduated from the Ohio State University College of Dentistry in 1978, after serving as a combat medic in the army. He also served on the faculty of the College of Dentistry from 1979 until 1984, where he taught courses in clinical endodontics and temporomandibular disorders. Dr. Shankland also holds a Master’s of Science Degree in anatomy from Ohio State University and a Ph.D, also in anatomy.

A member of the editorial boards for 15 scientific journals, Dr. Shankland has authored over 110 national and international scientific publications, a manual of head and neck anatomy, and various chapters in fourteen textbooks, along with editing the Guidelines for the Diagnosis and Treatment of Craniofacial Pain for the American Academy of Craniofacial Pain. Dr. Shankland’s best-selling book, “TMJ: Its Many Faces” (Anadem Publishers), was released in February of 1996, followed by a second edition in October 1998. “US News & World Report,” magazine listed this as “THE TMJ” book to purchase. His second pain book, “Face the Pain” (Aomega Publishers), was released in July of 2000. Shankland’s most recent book is “Bioterrorism, You Can Survive.”

Dr. Shankland is a well-known international lecturer on the subjects of headaches, temporomandibular disorders, orofacial pain, sleep breathing disorders and anatomy. While in graduate school, he discovered three structures that had never previously been reported in the scientific literature.

Dr. Chad Ollom grew up in Ohio and attended Ohio State University where he earned his undergraduate as well as his Doctor of Dental Surgery degree. While in dental school, Dr. Chad gained interest in surgical procedures and implants, leading him to attend the Midwest Implant Institute during his final year. He continued his development in this area, eventually going on to complete their fellowship program.

Dr. Chad constantly strives to bring more value to his patients by seeking out and studying with numerous world-renowned mentors. He dedicates much of his focus toward dental surgery and comprehensive care, including specific procedures such as extractions, implants, bone grafting, tissue grafting, sinus augmentation, and advanced comprehensive restorative dentistry.

He is also skilled at the placement and restoration of implant dentures, as well as full arch implant-supported bridges. Dr. Chad is a certified IV conscious sedation provider and prides himself in staying up to date by regular attendance at continuing education courses.

Together with his wife, Dr. Stephanie Ollom, Dr. Chad is excited to serve the central Ohio community through Pure Smiles. When he’s not in the office, Dr. Chad loves spending time with his wife and family, especially his three little girls, Sloane, Sage, and Sofie.

Dr. Stephanie Ollom grew up in Wauseon, Ohio and became interested in dentistry at a young age. This led her to attend the University of Cincinnati where she earned a Bachelor of Science in Biology, followed by Ohio State University where she earned her Doctor of Dental Surgery.

Prior to opening Pure Smiles, Dr. Stephanie wanted to serve her country. In 2012, she was commissioned as a lieutenant in the United States Navy. While in the Navy, Dr. Stephanie completed the Great Lakes Advanced Education in General Dentistry (AEGD) Residency, served overseas operating a remote dental clinic, and had the distinct honor of providing dental services to fellow service members and their families.

After completion of her service, Dr. Stephanie Ollom moved back to Ohio to join her husband, Dr. Chad Ollom. Together they have three sweet girls, Sloane, Sage, and Sofie. They love getting to spend time together as a family biking, running, and swimming.

Dr. Stephanie is committed to lifelong learning and the practice of dentistry. Over the years, she has obtained extensive training in CAD/CAM dentistry. Additionally, she recently completed a series on the study of Comprehensive Orthodontics and several courses at the world-renowned Kois Center. 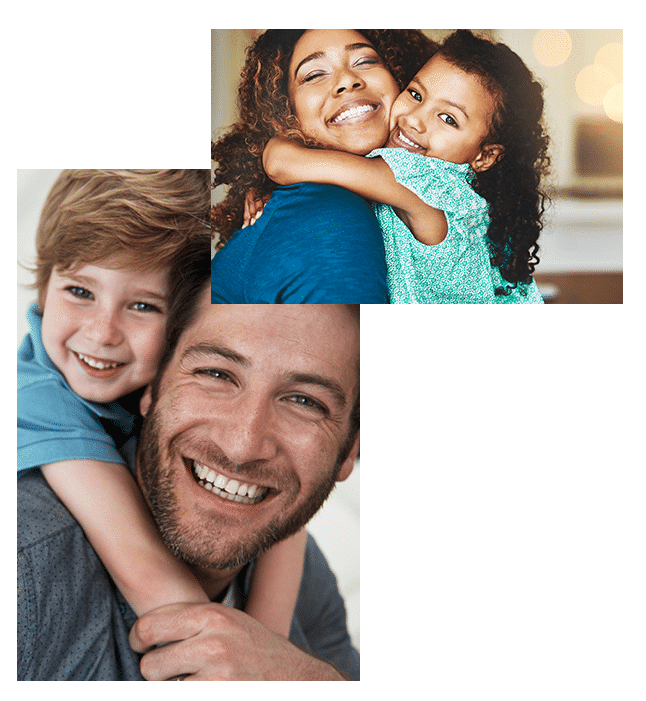 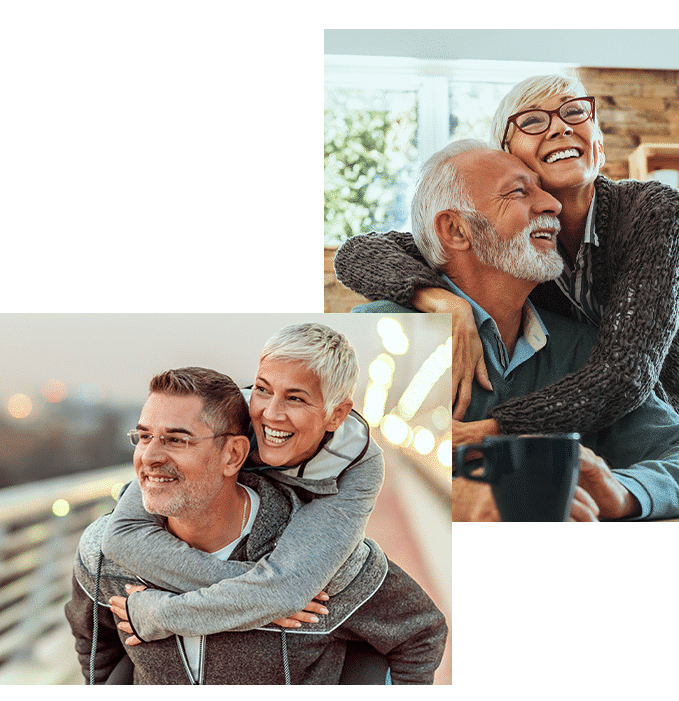